about keeping track of progress.

However, my past week’s hanchans at a jansou have made me realise, that I need to resolve that attitude. (6 hanchans in a row at last place.) See attached pic. 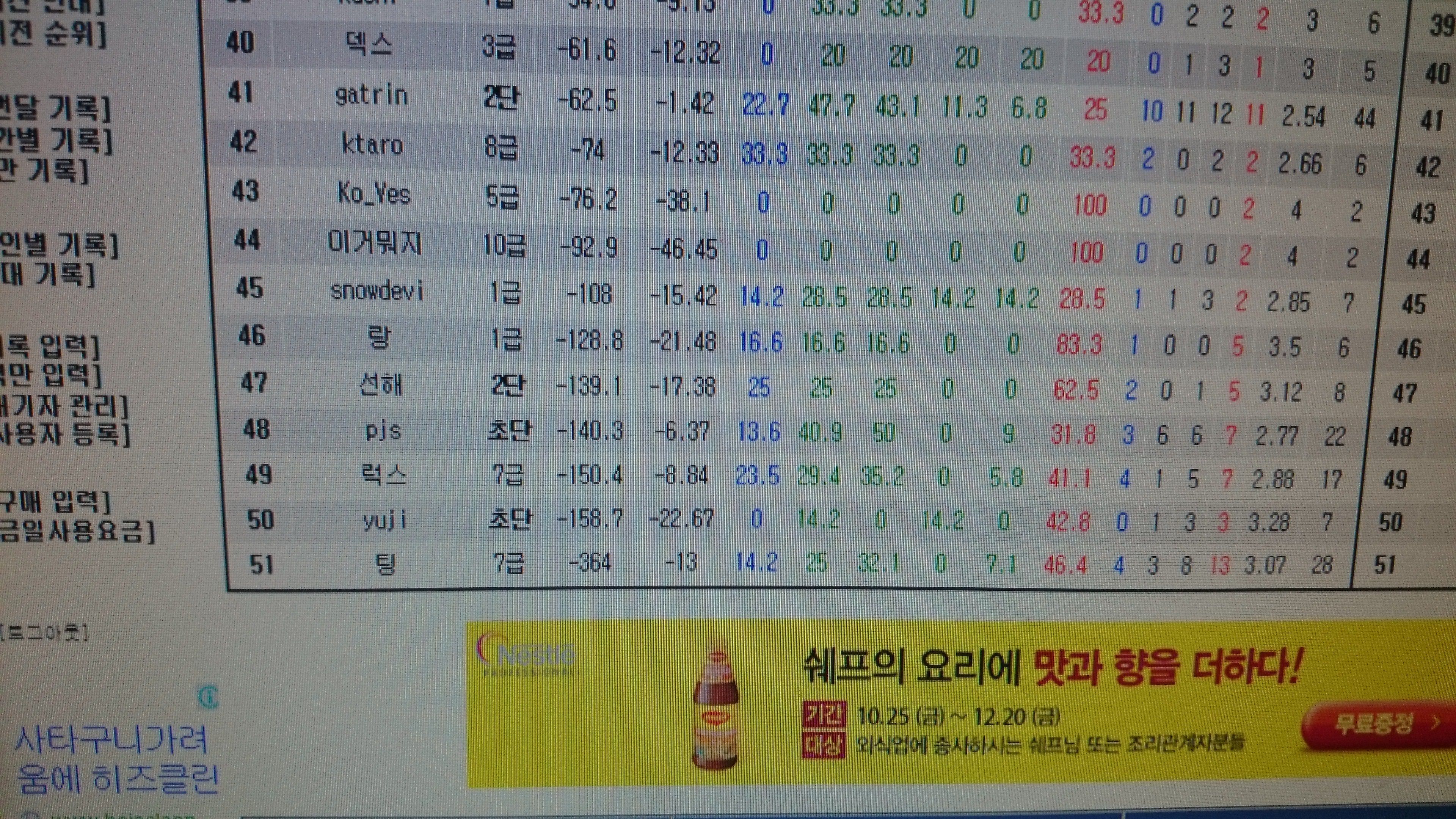 If you’ve played against me on tenhou, you’ll know I always change my nick. And if you’ve talked with me on IRC, you would have heard that I don’t care about stats.

Having played just as many hanchans as the jansou club members, (maybe more seeing as I have more free time, being on vacation), and ending up 51st, with 13 last place finishes has kicked me in the butt. Albeit, the jansou members have more years’ experience than me, but that’s still no excuse. Still a bit jetlagged, but again, not an excuse.

Bad habits that need to be resolved are to stop pushing so much and to play for the full hanchan, rather than try to smash it in one round when I don’t even have position. And when that backfires and I deal in, I end up chasing my loss. Rather like a compulsive gambler.

It’s three days until the Korean riichi tournament. Last place avoidance will be on my mind, for sure.