MahjongNews has just released an unofficial list of the best European riichi tournament players of 2009. For some reason, drob is in there. In spot #37. As the only Swede. If I’m not mistaken, this makes him the best Swedish player in Europe.

“… since formal EMA riichi tournaments were not held until 2008, when the first European Riichi Mahjong Championship took place, in Hanover. So, unlike the MCR list, comparisons with earlier rankings are not possible.”

…best **ever **Swedish player in Europe? 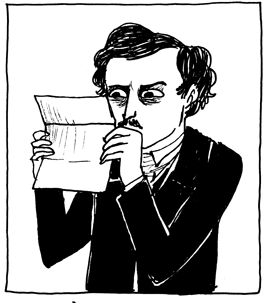 Just kidding. He’s a great guy and we wish him the best at the upcoming super-secret European Championships. If you would like to know more about this event, it’s a given that you aren’t going. I don’t really know much about it, so you would be able to deduce that I’m not going either. There was some question of whether Osamu would go but that’s another story for another time. As far as I can tell, it will be held at an undisclosed time in the EMA secret headquarters, known only to outsiders as X.

Either way I hope he stocks up on booze before going. Playing nashi with red fives in a state of sobriety can’t possibly be anyone’s idea of fun. Don’t tell any archvillians, but our hero’s ultimate form can only be unlocked by playing while completely plastered. Don’t forget, you owe us a trip report when you make it back.

If you make it back.