First off, a little introduction since not everyone is aware of what’s currently the hot topic in the western Mahjong hemisphere:

The French Riichi Mahjong club TNT is organizing the first ever World Riichi Championship (WRC) in Paris between the 16th and 20th of July this year. The tournament is scheduled to battle it out with 120 players in 14 hanchan during that time. There is a country-quota system in place which allocates 50 seats to Japanese and 50 seats to European players. The remaining 20 seats are delegated to China, Korea, the Americas and “the rest of the world”. 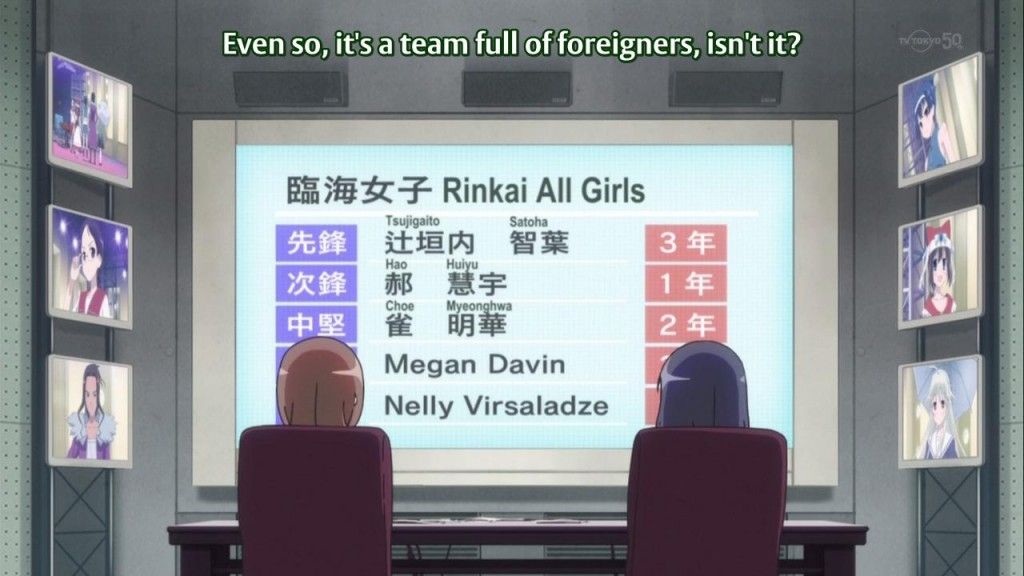 Your name could be written here!

The european quota is managed by the EMA, which distributes a number of seats to each country’s national organization according to the EMA ranking (but at least one to each member nation, even if no player from that country is in the ranking). From there each national organization decides who will be sent in the end, usually using some tournament or ranking over a number of past tournaments as a reference.

The organizers managed to get a powerful Japanese partner for this tournament, namely the JPML. This naturally raises the question whether Japanese players from other organizations will be able to attend the tournament as well. I don’t know how exactly the Japanese quota is managed, but I suppose it’s entirely at the mercy of the JPML.
Word has it that they will actually fill all 50 spots, which surprised me personally a little because I didn’t think they were that serious about the whole thing. I’m not aware of any names yet, but sure hope there will be at least some of the famous pros attending. People like Takizawa, Tsuchida, Sasaki, Kojima or the Nikaidou sisters surely would spice things up with their mere presence. Maybe even Hagiwara ?

What piqued a lot of interest and discussion recently after the WRC site went up was it’s ruleset. The tournament will not use an existing ruleset such as the current EMA rules or the JPML A/B ruleset. Instead a new set of rules was devised for this very tournament (the document layout bears a lot of resemblance to the EMA ruleset though). A very helpful, detailed  comparison between many different rulesets can be found here.

Whenever we’re not busy being charmed by our ship girls and raging about the compass sending us to the wrong place, our humble IRC channel is regularly caught up in such debates about rules as well.
So we thought maybe we can share our views of the more or less notable aspects of the WRC rules in the form of a blogpost or a series of them.
In the following section we will list the aspects in question. In the coming days aka soon™ you will find posts of #osamuko regulars with their own take on the ruleset. These are personal opinions and do not represent the view of any organization or osamuko.com as a whole.

Note: This is not meant as a comparison WRC versus EMA or any other rules, but we somehow ended up focusing a lot on EMA differences anyways, please bear with us.

Akadora nashi
No red fives will be used.

Atama hane ari
There’s no double or triple ron. When multiple players win on the same discard, only the player closest to the discarder in the turn order has to be paid.

Uma of 15/5, no Oka
The current EMA Uma of 30/10 recently caused some heavy controversy.

Tobi nashi
While each player starts the hanchan with a deposit of 30,000 points, they won’t bust when going below zero, ending the hanchan. The game continues and they are still able to declare Riichi.

Penalties
Calls cannot be changed. All score penalties are NOT applied to the table score of the current hanchan, but subtracted from the offending player’s tournament score.
Using non-japanese terms like “chow”, “pung” or “mahjong” results in a 1,000 point penalty.
A chombo penalty of -20,000 is applied to the players tournament score. Besides the usual cases of revealing tiles, calling with a (limited to formally declared) dead hand and noten Riichi etc, an empty call for a win is an instant-chombo as well (even if no tiles are revealed).
Penalties for other obstructions may be applied at the discretion of the referees. (Let’s just hope sighing and tile slamming are not handled like this.)

Dead hand
Among other things a dead hand is awarded for:
– empty calls or Riichi declarations (“Riichi! Oh wait, no Riichi lol.”)
– not saying “Riichi”/”Reach” when riichi’ing
– not rotating the Riichi discard tile
– Riichi attempt with open hand
A hand is only considered dead if it was announced so at the table.

Kokushi Ankan ron ari
In Kokushi Musou tenpai waiting on the last terminal tile, you can ron someone who declares a closed Kan of this tile.

**Ryanhan shibari nashi
In the current EMA rulses, with 5 or more counters on the table you need at least two fan (provided by yaku, not dora) to in a hand.
**

Score keeping
The document leaves it entirely up to the organizers how scores are kept at a table, so whether point sticks are exchanged or scores are written on paper sheets.

Seating at each session
The document does not specify how players will be seated at tables. Recently, instead of completely random encounters, a swiss seating system gained popularity and has been used in some european tournaments.

Here are already some updates to the rules document.

As mentioned above, please wait warmly while we cook up individual posts with our personal opinions on these rules.

Mahjong scholar Benjamin Boas, who has a lot of experience with the Japanese Pro scene, already expressed his satisfaction with the WRC ruleset as it stands.
Considering so many Japanese pros and probably a few not-so-experienced westerners are going to face each other, it sure would be a huge help to have a Mahjong and pro-scene expert of his calibre, fluent in English and Japanese, as a referee in the tournament.