Not theory, not news, just entertainment. Interesting calls from my last game. Going to divide them into a few different chapters. 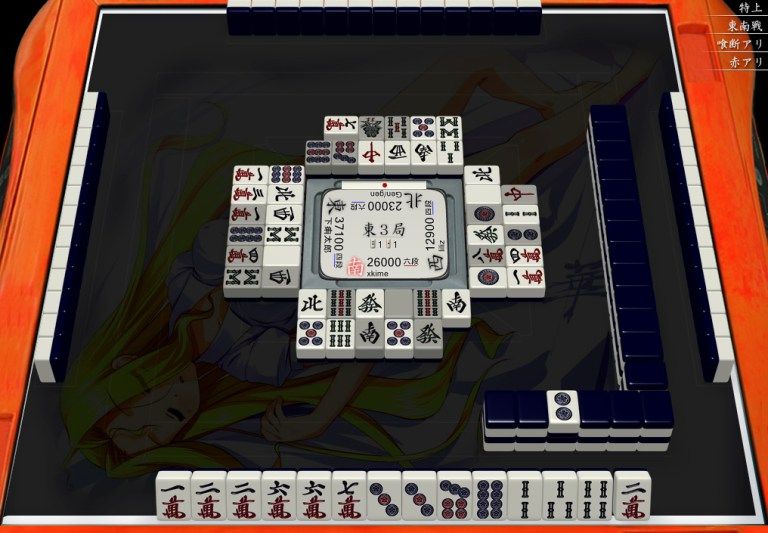 Toimen riichi. But I’ve two dora while 1 shanten here. 7m is too forgiving; three 2m are visible and four 1m are visible as well. I’ll let go of one chance fourth 1m; this hand is well worth it. If Any tile but 9p comes out now, I’ll call it for tenpai. 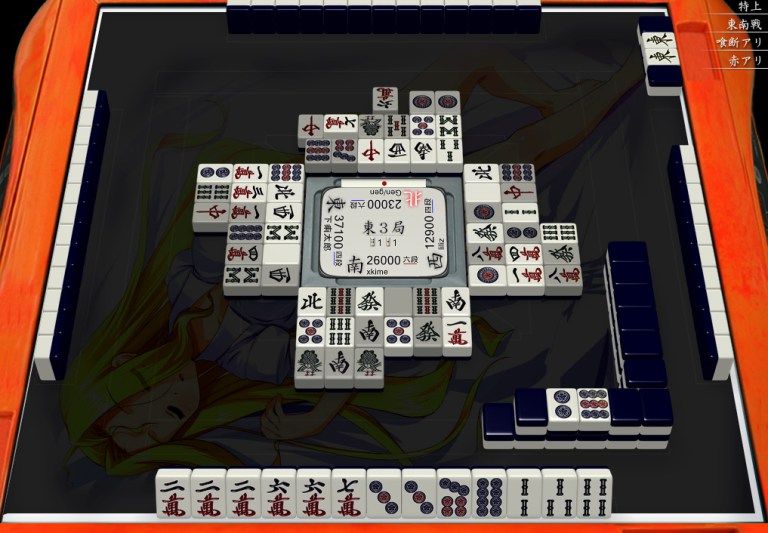 I don’t draw any useful nor dangerous tiles for a while. Then the risk increases as shimocha calls a kan. 6m comes out 2 draws before the game ends in a draw. Calling pon, I can get tenpai for 3900 on only the 6p. On top of that, I can discard the 7m that’s safe and get away without having to push 6m. Since all 9p are visible, there’s no way I’ll draw the no-yaku wait and backfire. There’s no more time to wait around to draw tenpai from the wall. This is tetsunaki. Pon! 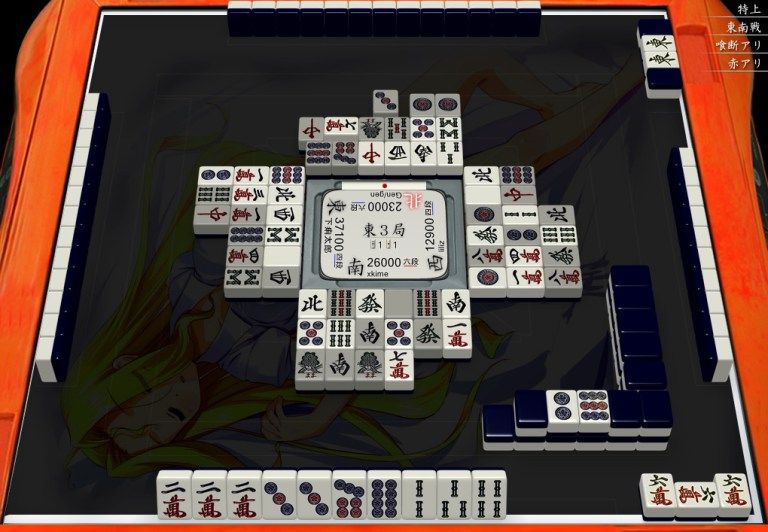 3p comes out. This is tetsunaki too! But the discard is not 2m, but 78p. 2m is still dangerous, so it would be stupid to discard it in favor of keeping the 6p wait. Look closer. For one, 7p is safe and the 8p is probably safe as well: with 5p discarded there is no 58p ryanmen, and since all 9p are visible kanchan is impossible as well. The only remaining waits for 8p are shanpon or tanki, but if it was shanpon the 7p he discarded would mean he let go of a ryanmen so it’s unlikely. As for tanki, the 1s he threw right before reaching would’ve been a better tanki than 8p. Therefore, by calling 3p and discarding 78p I can easily keep myself tenpai until ryuukyoku and switch to any tanki if I draw a dangerous tile. And perhaps even win a mangan; 8p tanki isn’t too bad at all in comparison to 6p. To pass on this pon would be too naive. Pon! Discard 7p. 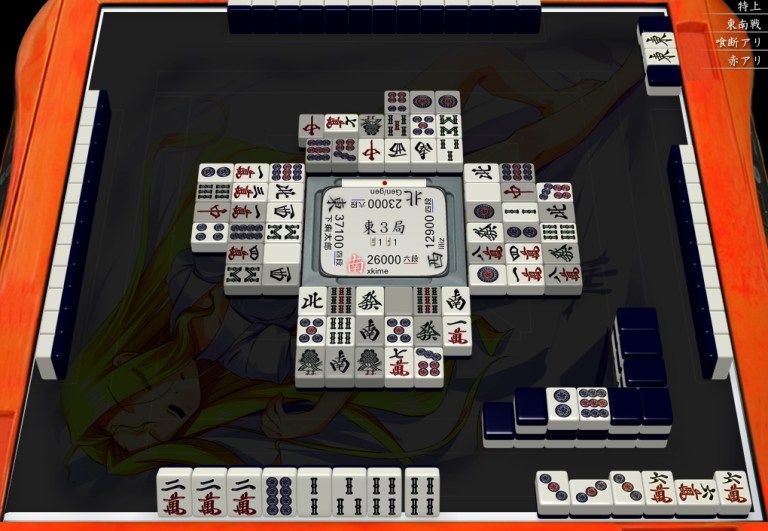 Here it is. On top of that, kamicha is slightly pushing 4p to a riichi and a dora pon tan yao; even though 4p is a relatively unlikely wait (only deals into bad shape) at this point of the game it’s not a tile he’d discard “just because”. I do see three 6s, and one 1s has passed, so it does make the 4s I just drew a little “safer”, but right before ryuukyoku it’s not a risk worth taking when I can remain tenpai safely. 47s is still entirely possible, without counting the possibility for bad shape waits as well. Discard 8p, safe. 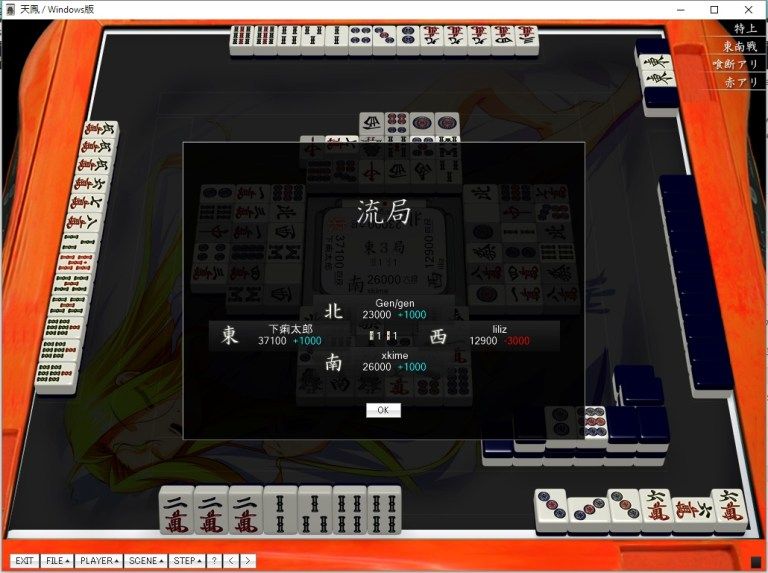 These 1000 points are the payoff of hardwork and quick reaction. You never know when 1000 points can make the difference between life and death.

Incidentally, and this is just coincidence… 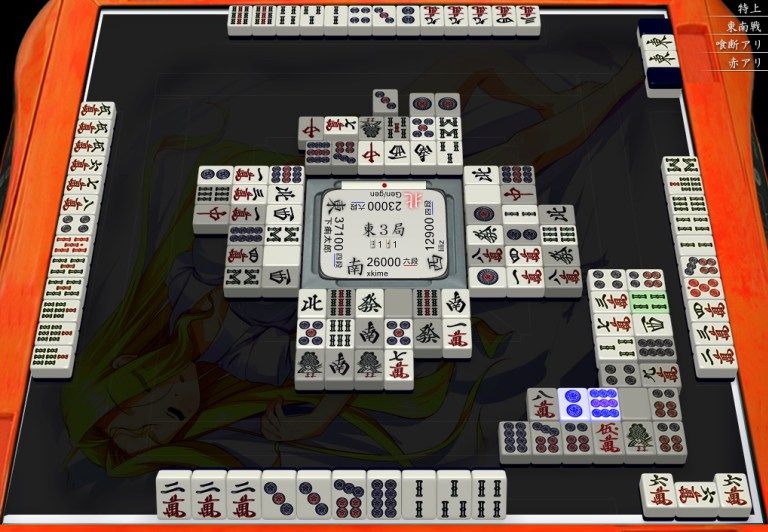 If I passed on 3p by accident, at first sight it looks like I was going to draw 6p, but in reality East was going to win a mangan tsumo off 4p. That was close.