I was going to do a picture by picture outline of Oxford. However, my phone battery died on me at about 9am. Oh well

Too damn early! Waking up at 0430 just to catch the first tube train, in order to go to catch the coach from London Victoria coach station to Oxford. Interesting story along the way. I found the coach stop, found my seat on the upper deck and began to get comfortable. Then I hear some Female Japanese voices below. There were a group of 9 students, Japanese and Spanish, male and female. So dumb, they had missed their coach by one hour. I talked to the driver and he explained they needed to pay £14 each. The Japanese girls exit the coach to talk to their friends, where I hear “よんじゅう ポンド”. It may have been early, but I was pretty sure the Japanese girls misheard. So, I told the bus driver, that they didn’t hear correctly, ran after them, explained that it was actually じゅうよん ポンド. Then they asked me how much a return was. So I asked the driver at which point he said, “Go on. I’ll let them on. I’m a good person. Tell them to hurry up though.” Cool. So, I let them know. Then the otaku from the group was like, “フリー!?” I told him to shut up and just get on the coach.

The journey itself wasn’t too bad. Everyone was asleep, obv. However, there was this white couple, who talked bullcrap for about 45 minutes. Something about the pros and cons of eating salad, I mean, ffs, don’t you see a Chinaman here trying to sleep? When the coach made the journey announcement, they stfu after that.

Arriving at 0755, the town centre was deserted, as expected. Tournament starts at 0900, but I figured I might as well make my way. Winds weren’t as arctic as in London, which was a pleasant surprise. The roads were similar to London, though the houses were more period. The map I printed out directed me along one road for about 15 minutes. Had to crack open a red bull for support along the way. I thought, how can people live in these houses? There’s nothing to do around here.

After arriving at the community centre, I see loads of gaijins waiting outside with boxes of paraphernalia . It was 0830, was bored, so I decided to explore. There was a leisure centre behind and not much else. I killed some time waiting in the warm lobby. At about 0850, walked around the block, the long way around back to the comm cen. I freakin’ cut my finger on something, some deep gash.

They were still setting up, so I registered and got my name tag. Broke into my first powerade. First thought was, are you serious? These tiles are tiny. How am I supposed to feel them? So, I tried a bunch, didn’t like that set, moved to another table and tried that set. A white figure approaches me and intros himself as Osamu. But not just that, he needs my assistance. There was a player at the tournament who had never played Riichi before. So, I had to explain to her, in Chinese, how to form yaku. Didn’t get around to dora or riichi-bou, but apparently she was doing that later in the tourney.

Everyone registered, first hanchan begins. I’m on the table as first oya, Aidan is shimocha, James G toimen, Osamu kamicha. I’m in tenpai, so I riichi, but I misread my wait. Aidan discards 9s, which was a winning tile, but I don’t call ron. It would have been ippatsu as well. Frik. So, I’m furiten for the rest of the hand. Yay, 3000 bonus for tenpai… I was on tilt for that hanchan after that. Later on, Aidan riichi’s, I discard 4s as I was still pushing, which he calls ron. Riichi, ippatsu, dora, ura 3. Haneman. Frik sake. After first hanchan, I was dead last in the whole tournament. Four hanchans to go.

Second hanchan finishes and it’s lunchtime. Time to recoup. They served lasagne and apple crumble with ice cream. I don’t think they go together, but whatever. It’s sustenance. The players had some weird terms, such as, pointless, endless, dirty, half-flush, full-flush, double chi.

Third hanchan was bullcrap. I must have been drained and running on autopilot or something. I discarded the dora on haitei, giving my toimen, Peter, haitei, honitsu, dora 3. I must have picked the wrong tile. Dora indicator was hatsu, which I had. Therefore dora was chun, which I also had. Frik. Dead last again. Only two more hanchans, so what am I going to do… There were prizes for the highest score in each hanchan as well as the highest scoring hand. I guess, I’ll aim for those.

Fourth hanchan was pretty much pointless. I just didn’t want to come last, which I didn’t. Came second. Fifth and final hanchan, had Dexter G shimocha, Alex adb toimen and, erm… the dude who did the scores for us as kamicha. Before we began, I spotted a chair with armrests. The boss chair. I needed to be comfortable and play with no inhibitions. This was the chair to use. I won on haitei in one hand, which was damn lucky, cos it was the last 8p, as my kamicha had discarded all the other three 8p. Then comes the baiman. Thanks Dex. 24000. Which turned out to be the highest scoring hand of the tournament. After winning the final hanchan, there was no way I could be bottom. That honour went to Dexter G, who won a prize of two fizzy bottles of liquid from Sainsbury’s. I won one bottle of fizzy liquid for getting the highest score. Also won a set of Nintendo hanafuda cards for having the highest score in the fifth hanchan. Which I think was the best prize out of all that were given out. The two massive hands I dealt into in first and third hanchan gifted those players highest score in the hanchan. Interesting how I helped them achieve so.

All in all, a good tournament. There weren’t any real issues at my tables, though I did hear a few people claiming pinfu when it wasn’t pinfu. Following are a few pictures. 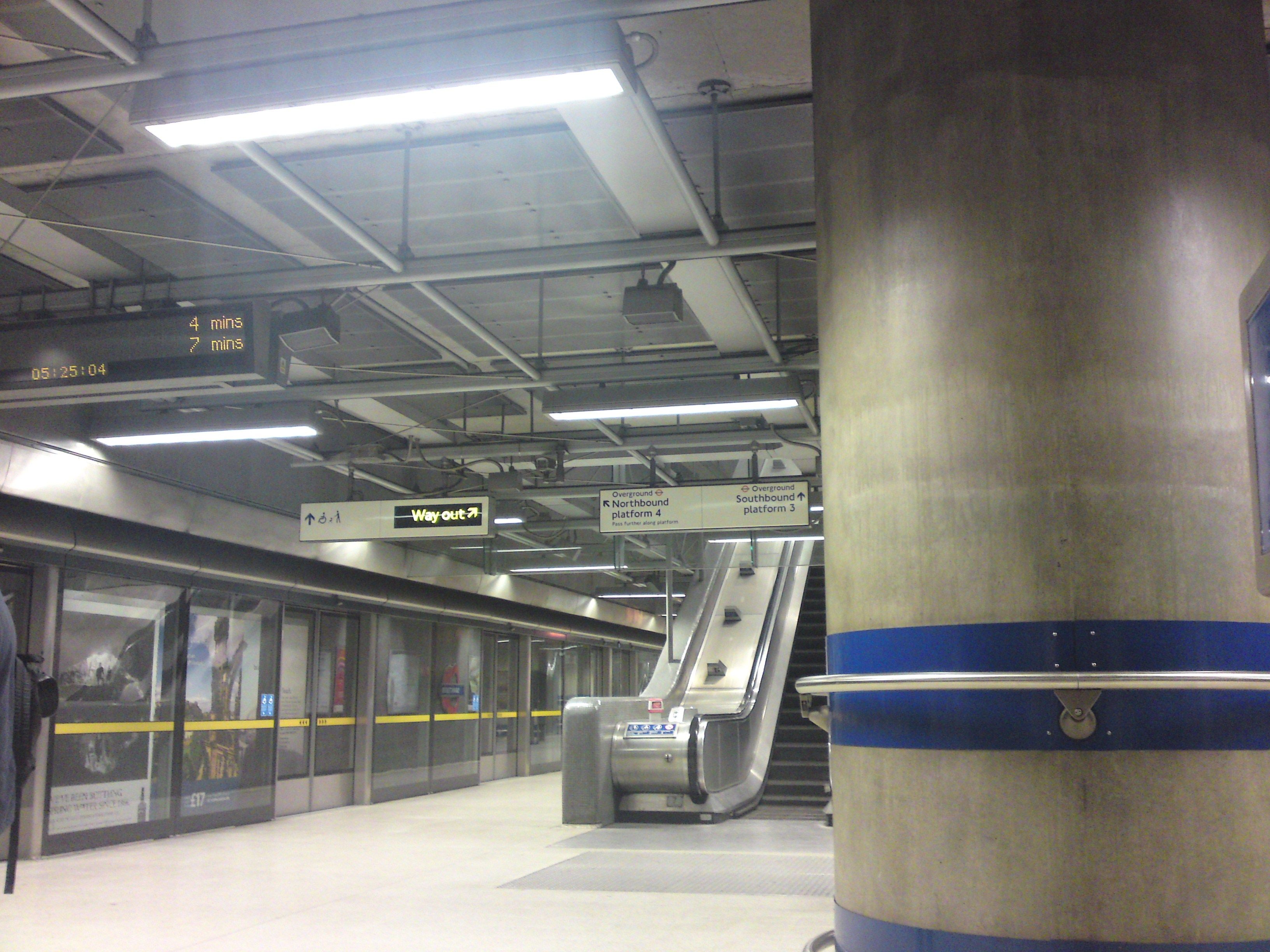 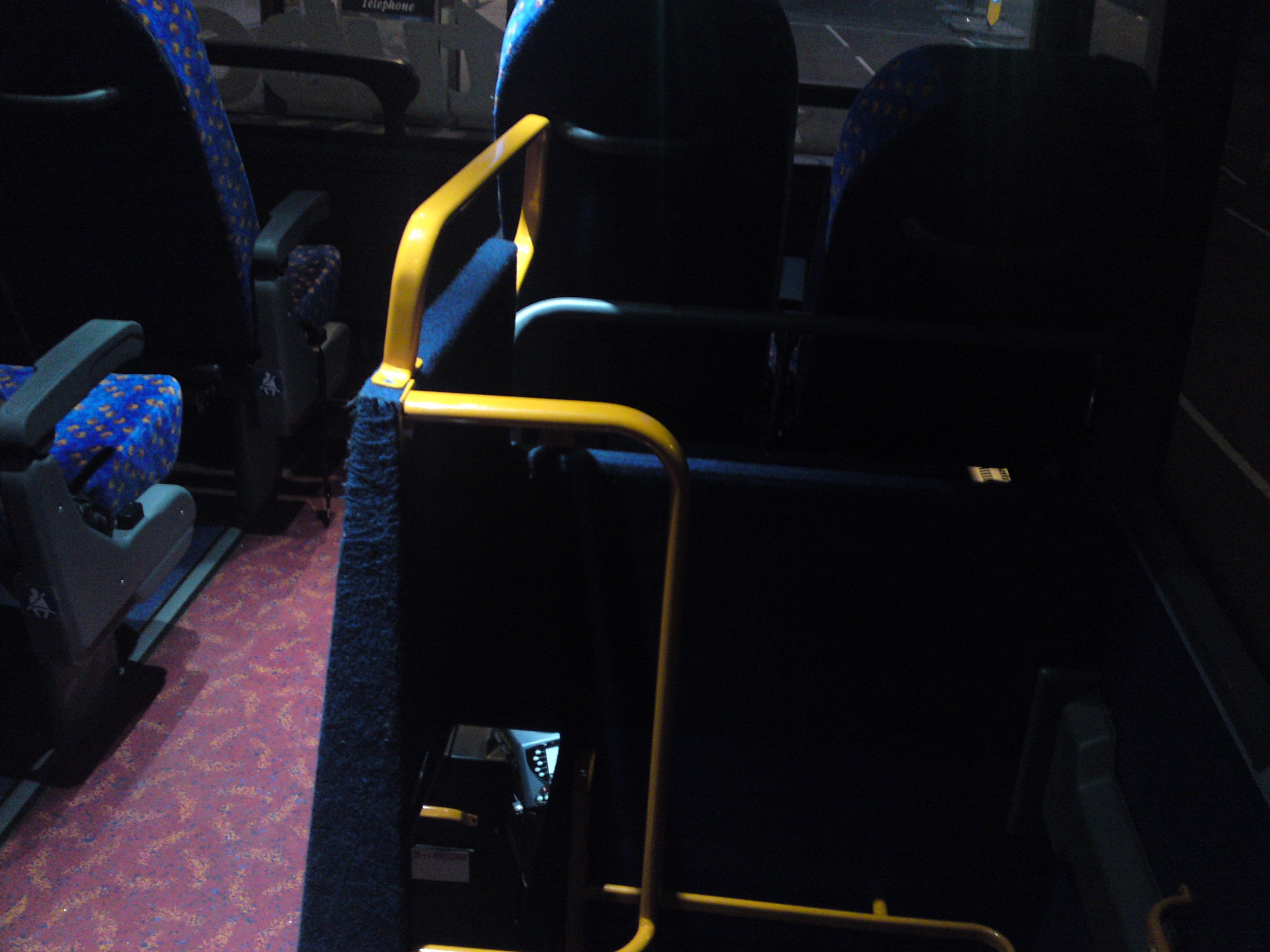 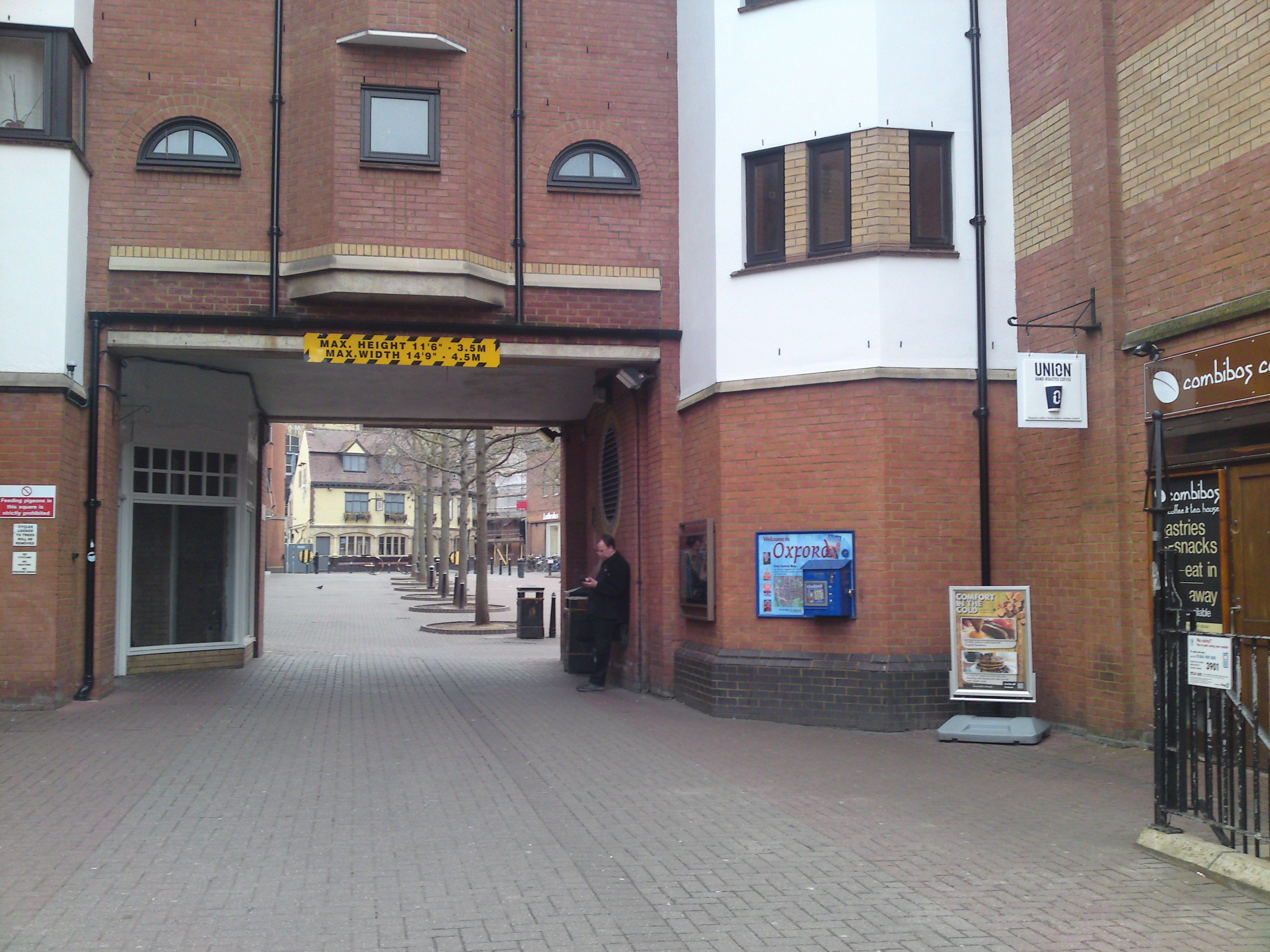 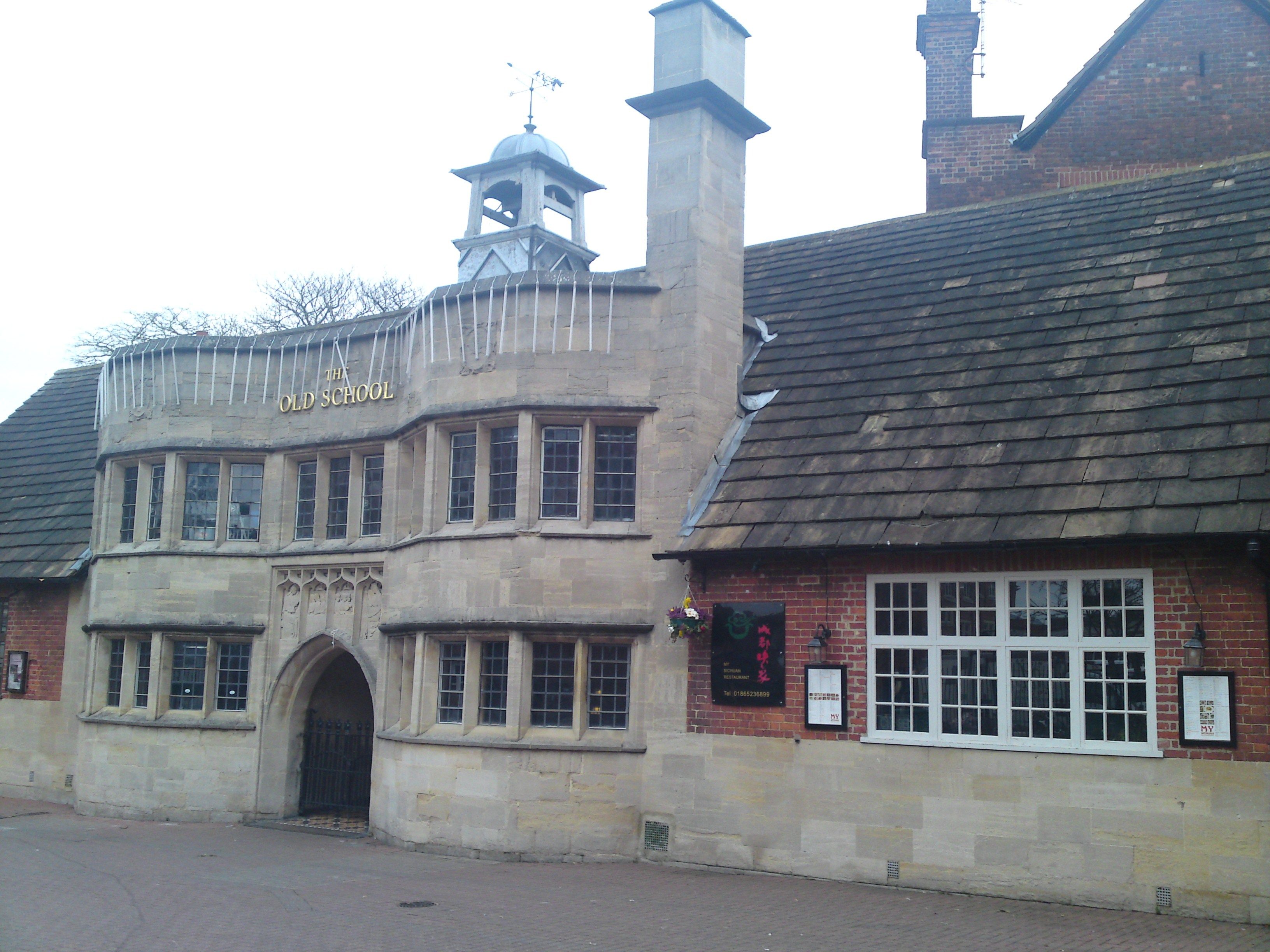 The Old School, which is a Sechuan restaurant… hmmm 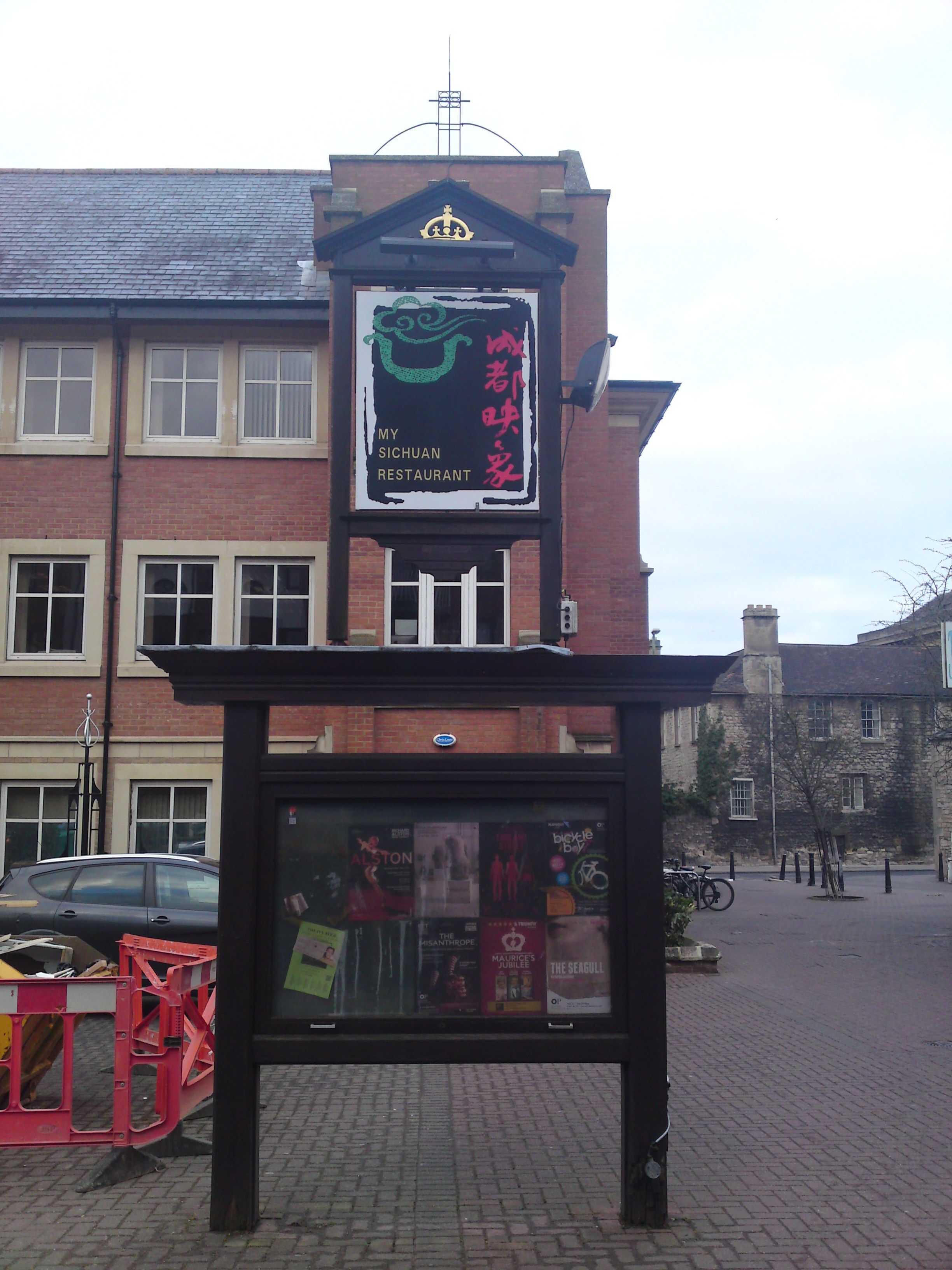 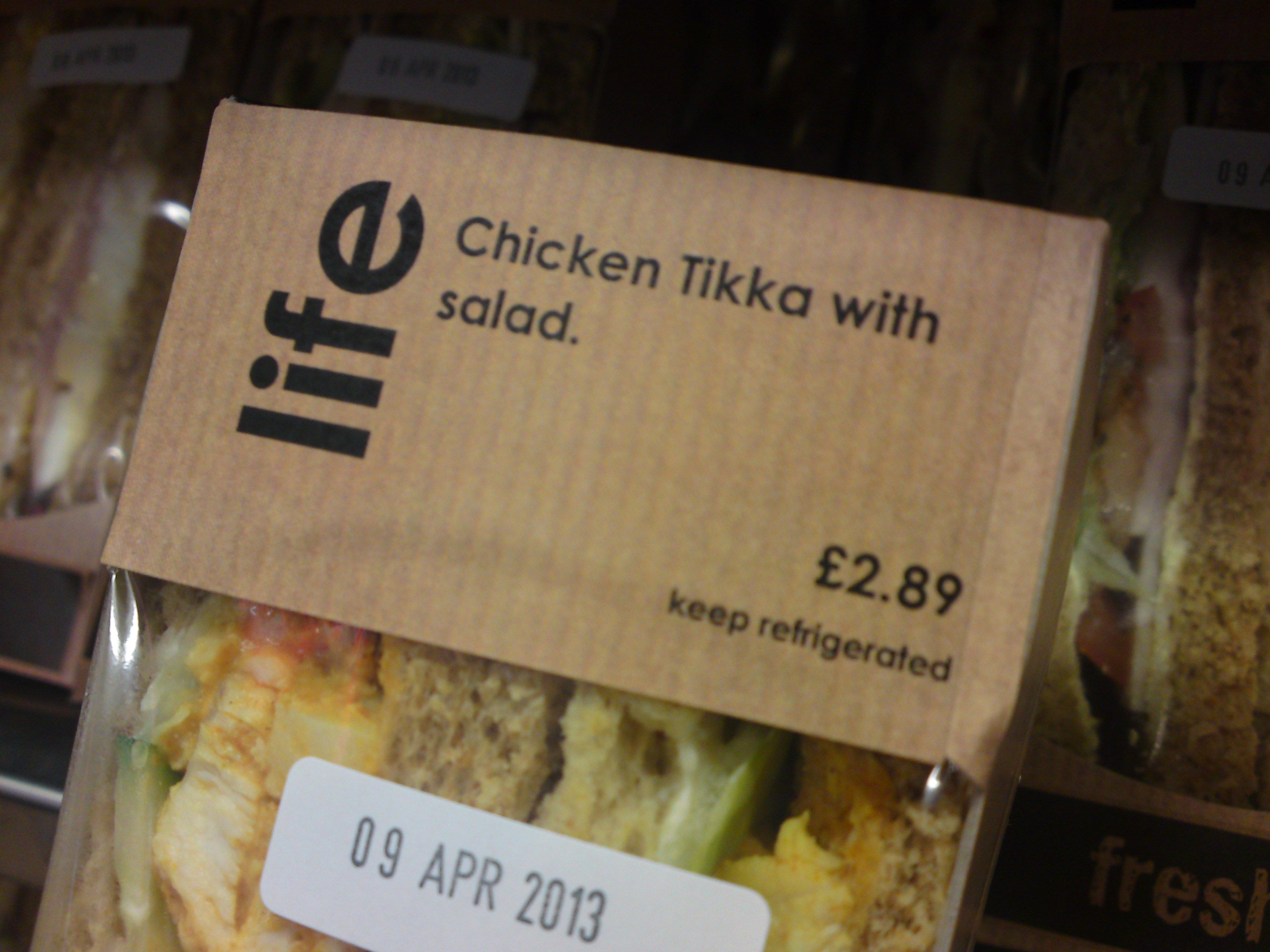 Must be a popular sand in Oxford..

Where the Oxfordians come out to play. 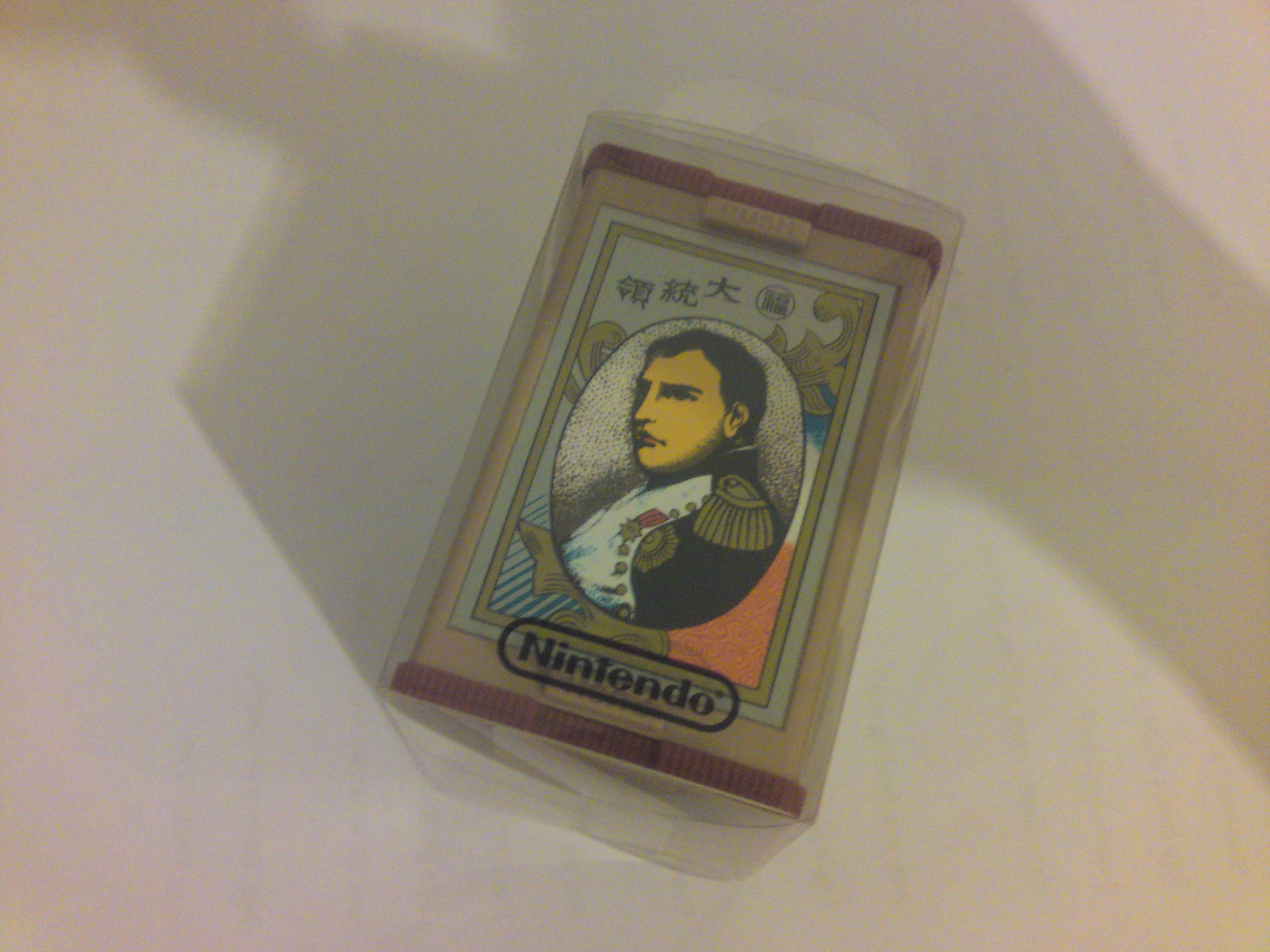 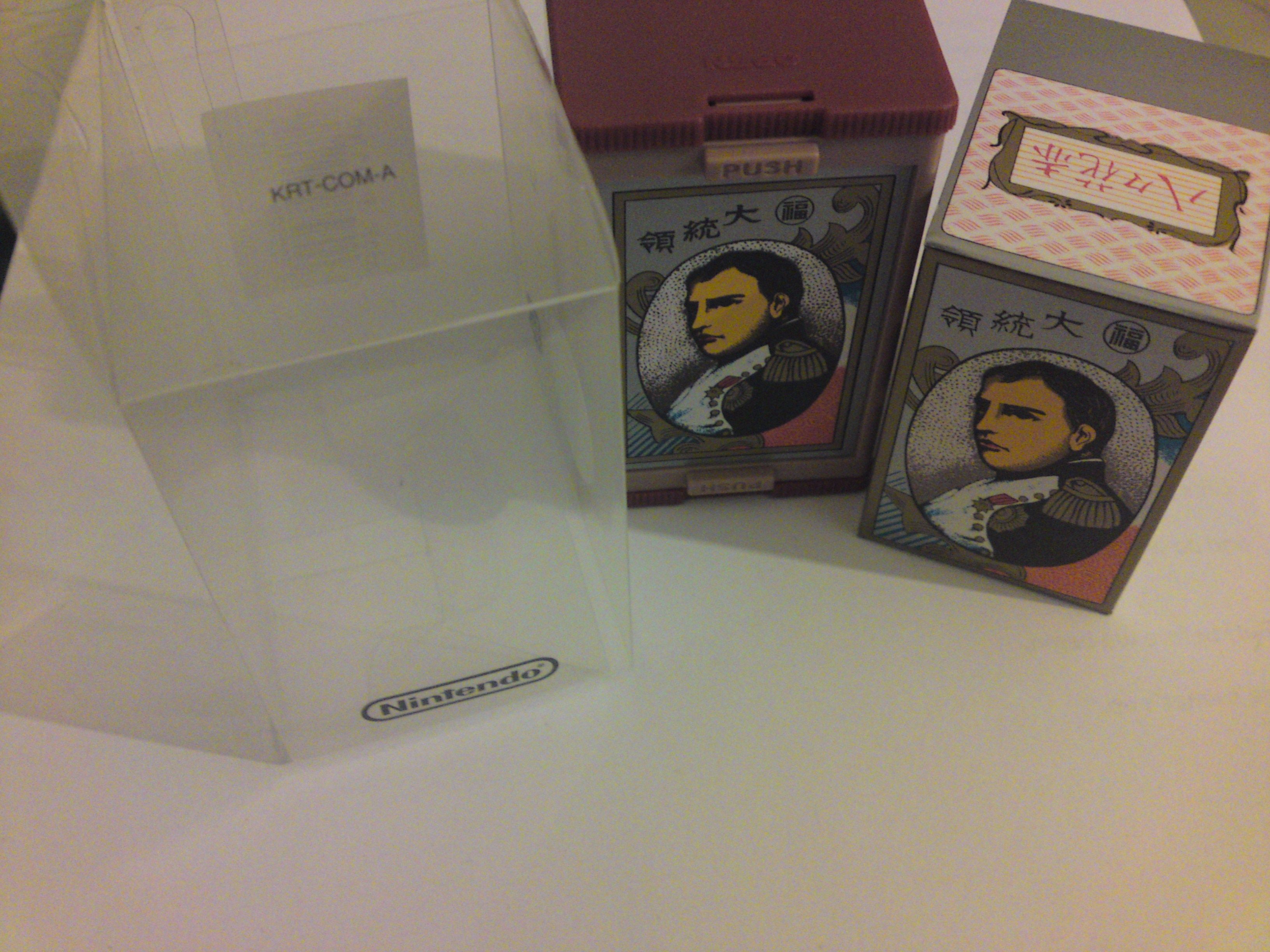