Hiroshi Yamai is the first world champion of riichi mahjong. Congrats, おめでとう, 恭喜, insertotherlanguageshere, to him! Because I bombed, there will be no report. End post.

Is that good enough for you, Dasuke? No?

I waited at CDG airport for Dasuke because I’m wasn’t sure if I’d be able to make it to the venue alone,

At the venue there was a huge queue for registration, apparently they were manually filling the gift bags. The bags contained:

We didn’t notice the magnet until much later and I heard only boys got the magnets. Girls got mirrors instead. Don’t remember the opening ceremony much, there were some introductions, Moriyama saying bonjour, then the Japanese looking confused as they were explaining the 3 second rule (rumours say Moriyama also thought this rule was dumb).  Martin Rap got on the stage and took a selfie, then announced his “retirement” from mahjong news and the new editor will be Scott Miller. Good luck to Scott, I hope he doesn’t break the tradition of Mahjong News getting names wrong.

First hanchan started strangely, in the 2nd hand someone pon’d the 3m, few draws later I noticed I had a pair of them so I called a ref over. We checked the tiles and noticed there were only 3 2m in the set. A referee had to get us a new set.  In game, I couldn’t do anything at all. Couldn’t win a hand, couldn’t deal in. Tsumos whittled me down to 4th. -5700 or -20700 after uma.

Not much changed in the second game as I ended it with the exact same score and position as the first. This is how most of the tournament went for me, a load of tsumos with me unable to win anything, I need to improve my tile efficiency but I’ve been cutting the 3 from 56, what else should I improve on?

Other memorable parts of the tournament include a 2nd place with -20k after uma. Campina kept on getting mangans during his oya turn which I went up to about 8 honba. I did get a nice 2 yakuhai, dora 3, honitsu, chanta tenpai but alas, it was just a tenpai.

Was doing okay in another game but then a pro oikake riichi’d me twice and I dealt in both times, busting me. The pro did the same thing to another pro at the table, busting him too. I ended up 3rd. 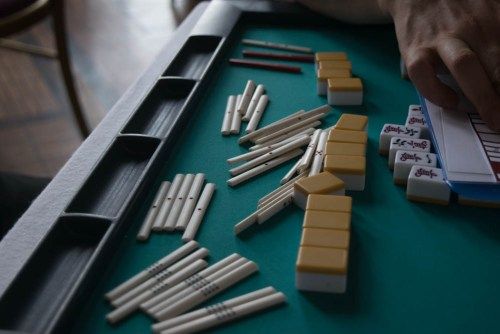 In another hanchan, it was orasu and I was about to get my very first 1st place this tournament! Which was then ruined by someone getting a haitei kokushi tsumo while I was oya and dropped me to 3rd. That pretty much sums up my luck for the tournament. 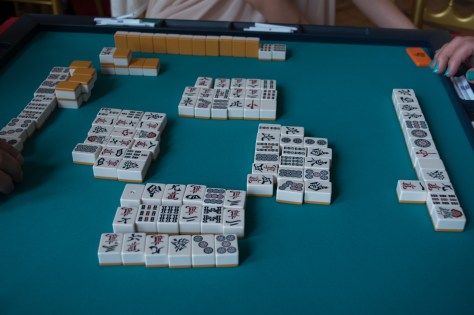 TL;DR: I owe dasuke  6 articles which is the only reason I wrote this

Edit: MY GOD THIS THEME SUCKS, SOMEONE FIND ME A BETTER ONE