Yostar has revealed details about the upcoming Akagi collaboration in a special live stream. The live stream was hosted by VTuber Airi, and twitch streamer Tipzntrix. It started with a brief introduction to Mahjong Soul and the Akagi series (as well as Ten), viewers were then shown a trailer featuring Mahjong Soul characters playing Vs. Akagi and Washizu. They then announced the collaboration will have two characters, Akagi and Washizu. There was a  short video clip from their anime voice actors, Hagiwara and Tsukayama, confirming that they will be returning to their roles for this collaboration. After this, they announced this event will feature two new game modes, Battle of Clairvoyance and Battle of Darkness. Clairvoyance is a mode with Washizu mahjong, while Darkness is Yami Mahjong from Ten's sequel, Yamima no Mamiya.  Finally, they revealed the event will start on 27th October, and end on 11th November. 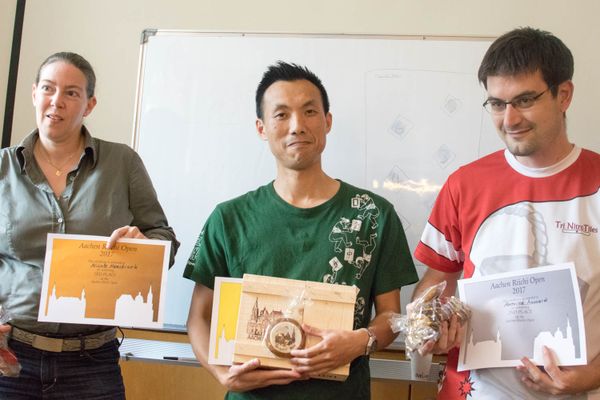 A collection of photos from the 2017 Aachen Riichi Open.