Let’s go back to the basics of riichi judgment. East 1, flat situation. You receive this hand. Do you riichi? 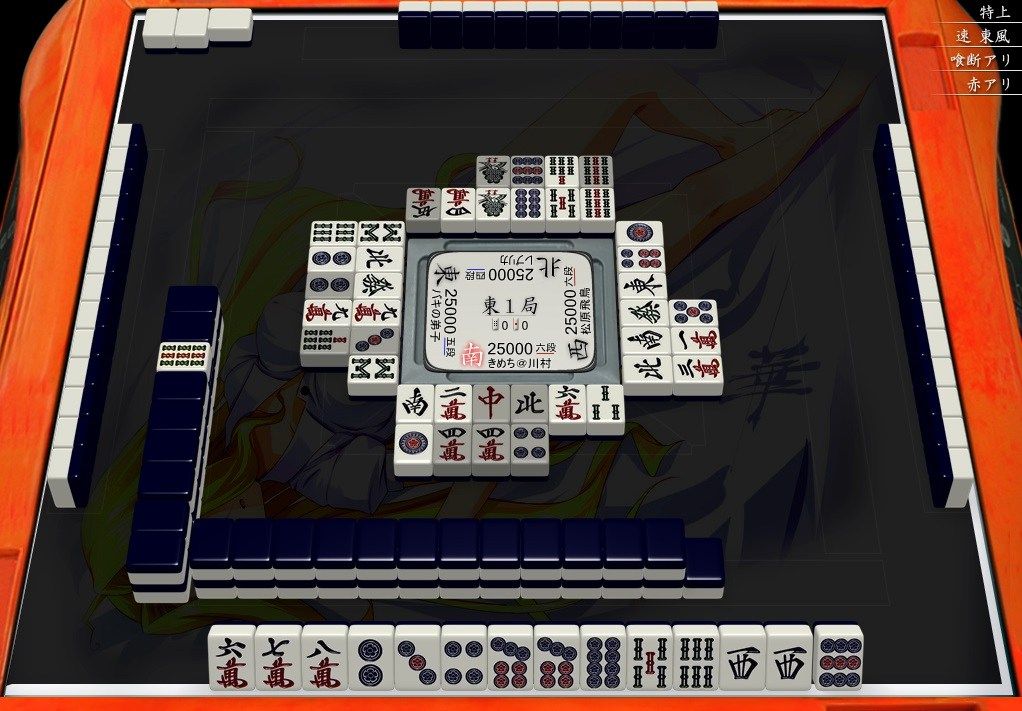 If you’ve got your basics well learned, you should know the correct judgment is riichi. Looking at your own hand, pinfu and riichi is good enough and the EV from reaching is positive. Looking at the table, it’s a flat situation, you’re the first one to riichi, and even though North seems to be up to something, he’s already discarded two dora himself and he’s only called once thus far (medium chance of tenpai at this point and medium-low chance of high value), therefore it’s okay to ignore him.

However, what about here? 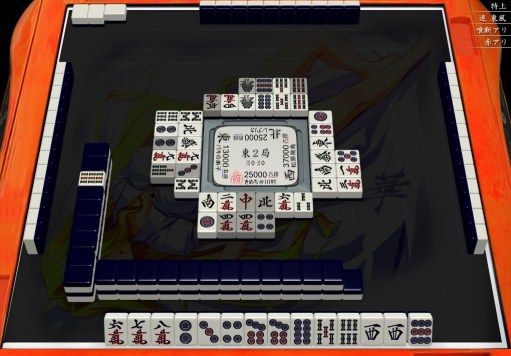 It’s the exact same hand, and yet, the score situation is different. Oya dealt into 12000 points in East 1, and he’s currently deep into last place. Keep in mind now, this is tonpuusen in Tenhou. Our hand is only riichi and pinfu, so it’s highly unlikely we’ll overtake first place. The merits for riichi are highly diminished in that aspect.

Now, on a more important aspect, what can we expect to happen after we riichi? West will likely fold. North depends on whether he’s tenpai or not, he might fold or not, but the truth is whether we win off him/he wins off of us/he tsumos/we tsumo, nothing is going to change that much.

The important theme of this hand is to end 4th place’s oya turn. I can’t stress this enough. Therefore, in this situation, even though we mentioned the basics dictate that you have to riichi this kind of hand, the table situation will not allow it. We have to dama and prioritize the ease of winning; even if we don’t win ourselves, we still have the possibility that West or North will freely go for the win, and we keep the ability to fold in case East goes aggressive.

If we make the mistake of reaching this hand, first of all it is likely to become a one on one battle against last place East. This is something we want to avoid if possible. Even getting to a draw with East in tenpai is not desirable, as we want to decrease his ability to renchan. If we riichi and win the hand, then great, but it’s not like those 2000 points will make a big difference compared to the risk.

I was playing on autopilot, and accidentally reached this hand by mistake. As a result, just as expected, West and North folded, East pushed and we got to a draw both of us tenpai; during his renchan, East got a quick riichi and instant mangan tsumo, putting me in a close battle against North for last place that North ended up winning. I’ll spare you the details of the rest of the game, as it’s just a bad result that resulted from this one, seemingly minimal mistake. But even things that seem really small like this and may even go unnoticed will have a great effect on the outcome of the game.

Don’t play on autopilot. Think before you discard.