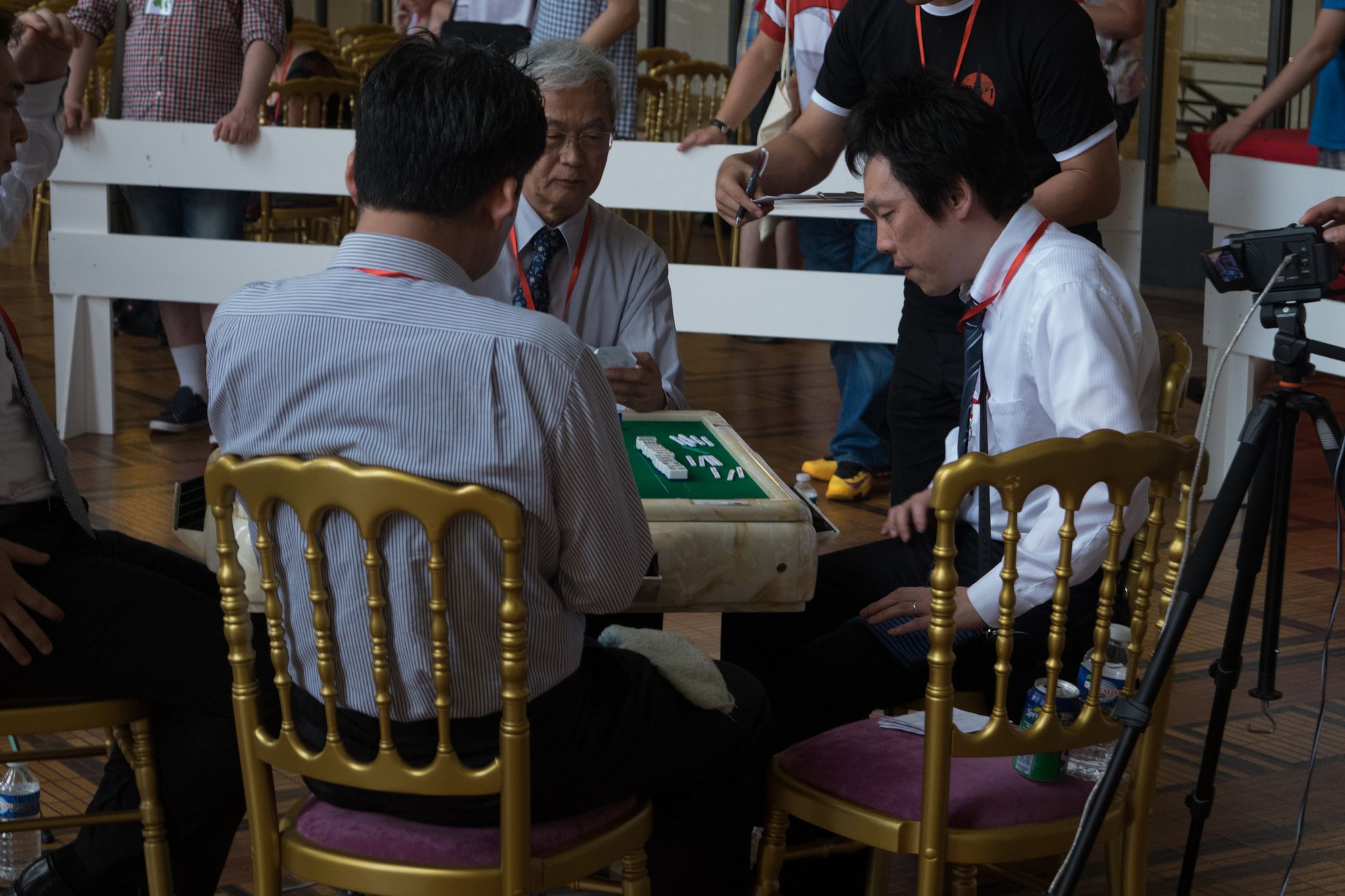 Yamai (right) counts his points in the WRC final

Hiroshi Yamai made history in 2014 by winning the first WRC, and becoming the first world champion of riichi mahjong.

Originally, Yamai's style was defensive and people called him Defence Master but he felt that to win and get more media appearences he had to change his style. After consulting with Sasaki and Maehara, his style focused on offence, and his nickname changed to Offence Master