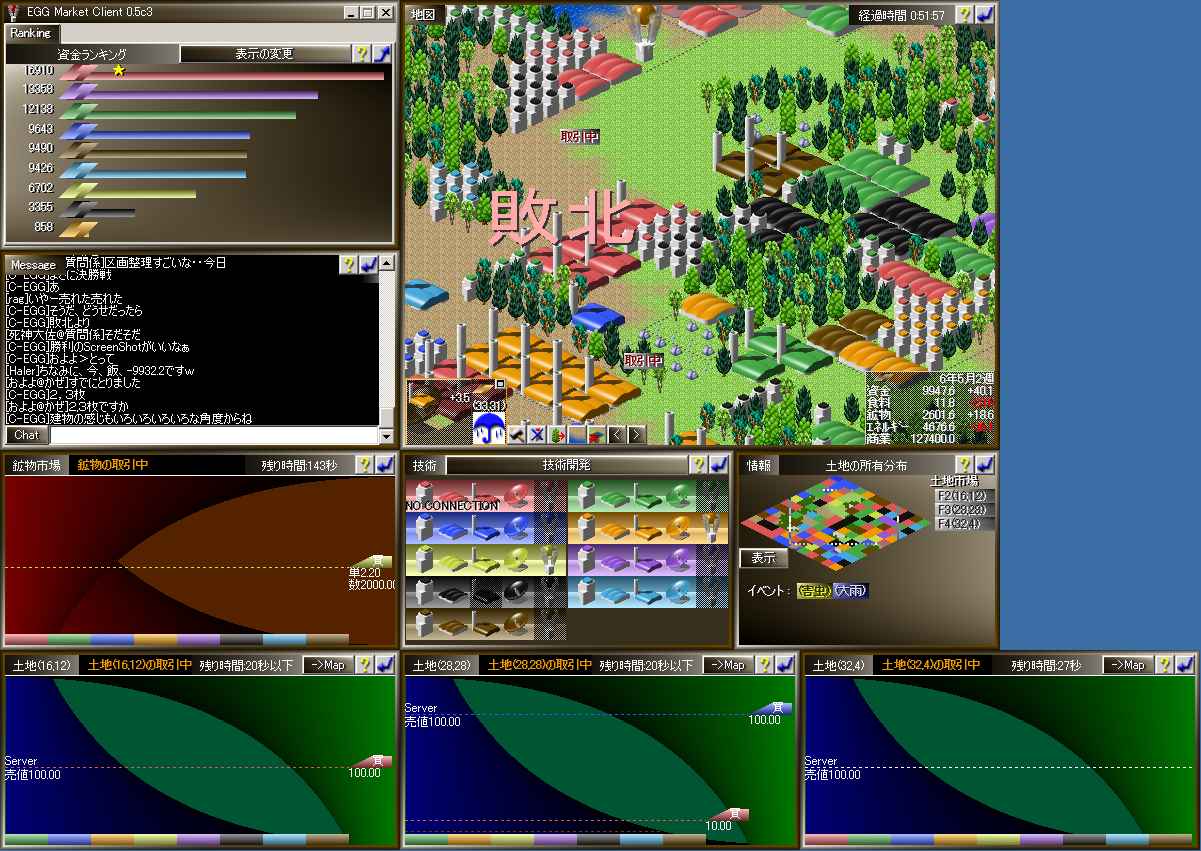 Egg Market gained a small fanbase, attracting, on average, 30-40 concurrent users. There was a premium membership option for the cost of 1000 JPY per 6 months, premium members had access to replay data, special game modes and the ability to use a unique username in lobby chat.

March 2001 - Shingo boasts about getting his first Suuankou tsumo.

September 2004 - Shingo releases an RPG programmed in HTML and Javascript 'Landscape Explorer'. It was promptly removed and never spoken about again.

October 2005 - 'FigBox' released. A flash tool to aid in the creation of presentations/diagrams shared on the web.

February 2006 - Beta for 'Hanjyukusou (半熟荘)', an online mahjong game, released. Its name was a reference to the popular mahjong server 'Tonpuusou'. The beta of Hankjyukusou featured many rule differences to current day Tenhou:

GP was a prototype for Tenhou's championship and limited to 2dan place and only open from 9 PM to 2 AM. C-Egg also offered a service to allow other brands to use Hanjyukusou's software with a reskin and their own separate playerbase. 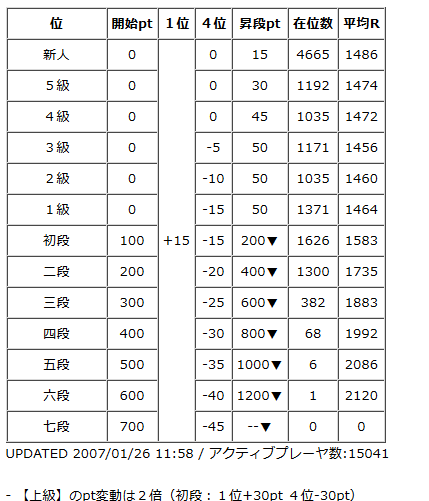